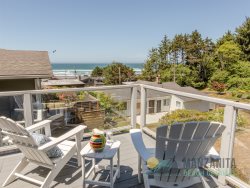 5 Reasons Why You Need A Beach Vacation In Manzanita, OR

Are you in need of a beach vacation? Manzanita is an amazing beach destination in Oregon. Manzanita is superior to other beach resorts because it offers more than just a beach. Within the surrounding area are two fantastic state parks, a mountain where you might find buried treasure, and many other wonderful attractions. Here are 5 things you’ll love about Manzanita.

This small seaside town and its surroundings are among the most photographed places in Oregon. Manzanita is renowned for its friendly welcome, restaurants, quaint shops, and art galleries. Manzanita boasts 7 miles of pristine beach and stunning scenery. The beach is a wonderful place for evening strolls, walking your dog, and watching sublime sunsets over the Pacific Ocean.

The beach is popular with kayakers and surfers, but you don’t have to sweat. If you want to relax in the shade under an umbrella in a comfortable beach chair that’s fine, too.

The volunteer staff at the Manzanita Visitors Center are happy to answer all your questions about local history, the natural landmarks, and the best place to sample the local chowder.

Manzanita is also one of the most dog-friendly resorts in the world. You’ll see canine waste stations, doggie water bowls in front of the stores, and people walking their happy pooches along the streets and beach. If you want to treat your pet, head to Four Paws on the Beach pet store. And if you come in September, check out the Muttzanita Festival. This is an annual dog festival held on the first Saturday after Labor Day. Explore pet-friendly rentals.

While you’re strolling along the beach, you can’t fail to notice Neahkahnie Mountain. You’ll find this mountain inside Oswald West State Park. Neahkahnie is part of the Northern Oregon Coast Range.

The mountain was sacred to the Tillamook Nation, and its name comes from their language. Neahkahnie means “The Place of the God”. During the 19th century, Chief Kilchris of the Tillamook Nation claimed descent from the survivors of a Spanish shipwreck.

Kilchris’ Spanish galleon was reputedly carrying treasure now buried at the foot of the mountain. In 2006, an independent family film was released called The Legend of Tillamook’s Gold that is based on this legend and set in Manzanita. Why not come here and seek the treasure?

If you enjoy hiking, you’ll love Oswald West State Park. You’ll find the park only 2½ miles along the US101 north of Manzanita. This 2,500-acre preserve boasts grand trees, lush undergrowth, and many winding trails.

Some of these trails are part of the Oregon Coast Trail, a popular 362-mile coastal trail. Many viewpoints along the trails provide breathtaking views across the beaches and ocean.

You can enjoy a wider range of outdoor activities at Nehalem Bay State Park, which is only 1½ miles south of Manzanita. These include camping, hiking, mountain biking, kayaking, fishing, clamming, and crabbing. The beach here is a great place for collecting shells. You can also enjoy flying kites or building sandcastles.

The popular campground is separated from the beach by rolling dunes and surrounded by shore pines. Equestrian enthusiasts are also welcome to camp in the park, and horseback riding is permitted along several miles of beach and trails.

Nehalem Bay State Park features a 1.8-mile bike trail that is great for nature lovers. Not only does the trail provide stunning views of Nehalem Bay, but it also offers you the chance to observe elk, coyote, deer, and a great variety of birdlife. Bird lovers might like to know that snowy plovers have been seen nesting on the spit to the south of the day-use area.

The snowy plover is a rare species protected by state and federal statutes. Their camouflaged nests are found in open, dry sand. The sighting of a nest in 2015 excited Oregon State Parks staff because it was the first confirmed nest in 30 years.

There are over 350 wineries in Oregon, and one of the most popular is situated just 4½ miles inland from Manzanita. The Nehalem Bay Winery is open daily for wine tastings. During the summer, the winery also hosts events. You can check out their schedule online.

Nehalem Bay Winery was founded in 1974 when Patrick McCoy was touring the Northern Oregon Coast and stumbled across an abandoned building that he believed would make a fantastic winery. He must have been right because it’s still going almost 50 years later. The winery now produces over 4,000 cases every year.
Back to the Blog